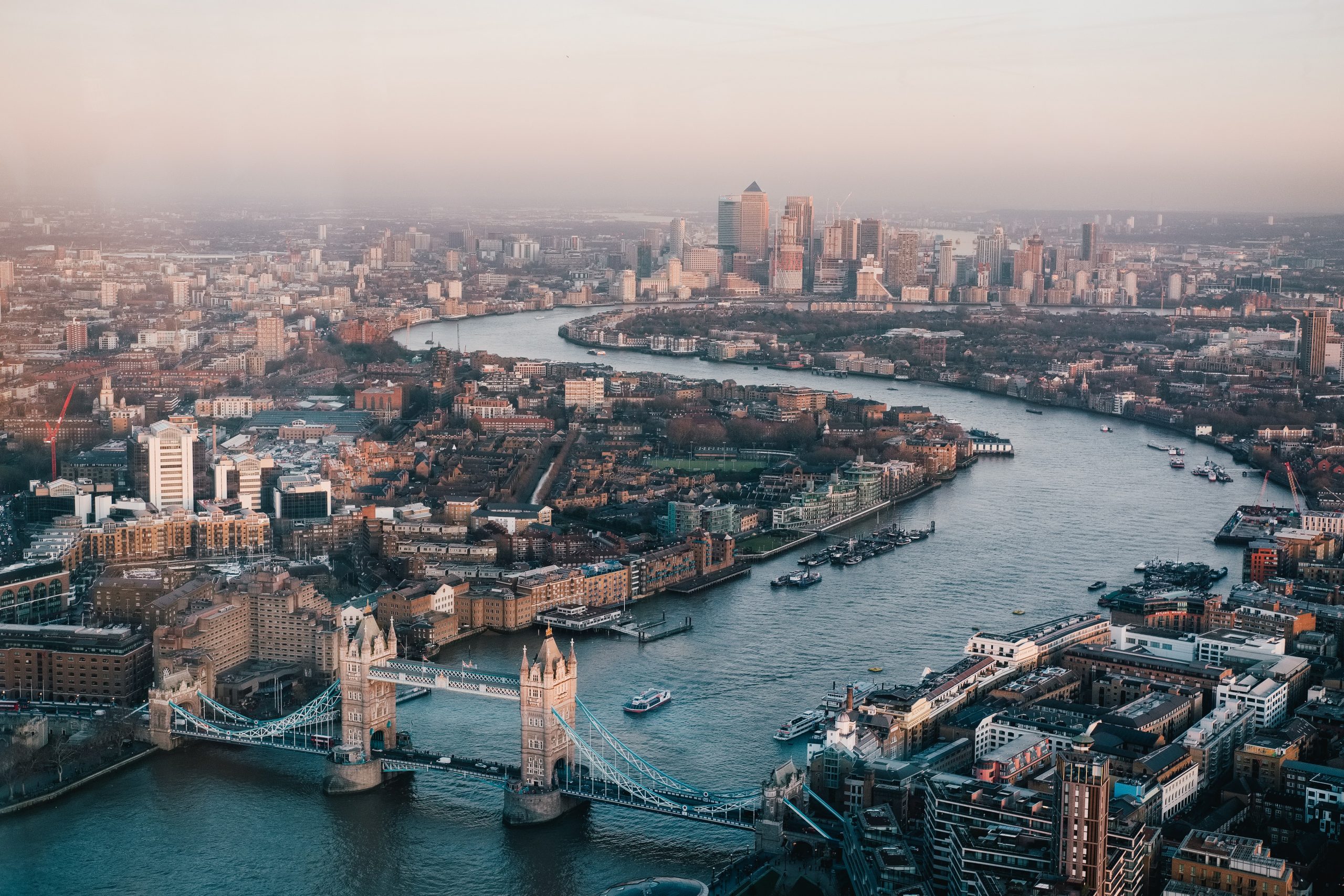 London is easily one of the coolest cities in Europe, and much like New York, whichever season you end up visiting it in, it’s going to be incredible. But there is something quite delicious about London in Autumn. It’s that amazing time of the year when the leaves start to change color, sweaters start tumbling out of cupboards and pubs take on their most appealing coziness.

Some of these may be affiliate links, which means when you buy something I may receive a small commission. There is no additional charge to you, and it really helps to support me – so thank you!

Things to do in London in Autumn
[hide]

9 Things to do in London in Autumn

1. Autumn in a London Pub

There’s nothing quite like a cozy English pub with a roaring fire. Bonus points if you’ve managed to dip into one after being caught in the rain outside. That’s easily one of the best pints you’ll experience is when you’re wringing wet, warming by the fire, and sipping on a delicious beer.

Pubs in London is an unmissable experience and are a culture in themselves. In English pubs you easily spend an entire afternoon or evening watching sports, eating delicious pub grub, and drinking fantastic English beers.

Speaking of beer, you can experience all the madness of the Munich beer halls in the city of London at Oktoberfest. Occurring at the end of September, join 2500 people every day by dressing up in traditional lederhosen (or just regular clothes) and drinking your weight in German beer. Don’t forget to snack on delicious German treats such as bratwursts and pretzels.

With numerous events companies organizing Oktoberfest across the city, you can enjoy the German festival in various locations and dates throughout September and October. This is one of the events on in London in autumn that you won’t want to miss out on.

London is one of the best cities to do one of the touristy hop-on hop-off buses. One of the reasons being that they take you all across the entire city to the major sightseeing points and are really great value for money.

Depending on the tour operator, you can listen to live commentary from the tour guide or listen to the prerecorded narration. You can book your London Hop-On Hop-Off Tickets here or see the availability on the calendar below.

With the weather in London in autumn being a bit hit or miss, the tour buses will keep you dry as you make your way around the city. With numerous routes, you can explore the entire city from the comfort of a traditional double-decker London bus.

4. Autumn in a London Museum

London in the Autumn is time to discover and explore the many, many museums across the city. There is such a wealth of fantastic exhibits and learning opportunities to experience. And one of the best parts about the city of London, is a good number of museums are free. They usually require a donation in lieu. Below are some of the best and unmissable museums in London that have free entry.

British Museum // Prepare to spend an entire day in awe as you navigate millennia of history at the British Museum. The Ancient Egyptian rooms with the sarcophagus are incredible.

Tate Modern // The Tate Modern is one of the most incredible collections of Modern Art in the entire world.

Experience the beauty of London in autumn with a visit to one of the many parks that make up the city. Strolling across London, you’ll encounter so many fantastic city parks. There is nothing quite like a cold autumn day and strolling through crunchy fallen leaves.

The Royal Parks are some of the most famous and prominent attractions in London. They consist of some of the following parks;

In some of the parks across the city of London, you’ll find fantastic open-air swimming ponds or lidos. The London lidos are open all year round and are one of the most amazing experiences to reinvigorate yourself on a cold autumnal day.

Experience the autumn colors in London as you walk around the city. The nature in several of the parks is incredible, you’ll see deer, squirrels, and a variety of birds that have made these city parks their home.

Nothing screams more than London in autumn than Harry Potter. Is there anyone over the age of 9 who hasn’t read Harry Potter yet? And if you haven’t read it, then why on earth not? Even after reading the books on a yearly basis since I first picked them up in 2001, they continue to amaze me.

Harry Potter lovers will be surrounded by endless opportunities to seek out spots from the books on several of the Harry Potter tours. One of the most popular tours is to visit the movie set of Warner Brothers Studio outside of London and see some of the actual set that was used in the filming of the Harry Potter movies. This is an absolute must for any Harry Potter fans.

7. London in Autumn and Shopping

London is one of the fashion capitals of the world. And with so many famous shopping streets and areas, those who love to shop till they drop will have the most incredible time. With world-famous department stores like Harrods and Liberty of London, you may have to wait to consider taking out a second mortgage or loan in order to get your suitcase back home.

There are endless shopping possibilities wherever you turn and it’s one of the best ways to spend an afternoon in London in autumn.

Bibliophiles will delight in the absurd amount of excellent bookstores and of course the British Library which is the home of so many famous literary characters.

The 31st of October marks Halloween and around the city, you’ll find numerous Halloween parties happening. It is, however, November 5th which is a more popular event in London. Guy Fawkes Night is a rather strange event, as it remembers the terrorist Guy Fawkes who tried to blow up parliament in the 17th century.

Bonfires and fireworks light up the night of Guy Fawkes, and it’s one of the quintessential days celebrated in London in autumn.

Additionally what could be spookier than taking a Jack the Ripper walking tour, or visiting the Clink Prison and learning about the many ways people were tortured back in the day? Delightful!

One of the unmissable culinary events in London in autumn, (or, really any time of the year), is a Sunday roast. You can experience a Sunday roast in pretty much any pub that serves food, but there is a selection of pubs that really excel in the specialty of a Sunday roast.

The Sunday roast consists of but is not limited to, roast chicken, ham, beef mashed potatoes, roast potatoes, vegetables, gravy, and Yorkshire pudding. Each family or pub will have its own variation of what a Sunday roast is.

And there is nothing more perfect than experiencing a Sunday roast during the colder seasons of autumn and winter. And even better in a pub that has a Sunday roast carvery.

Some of the best pubs in London that serve a Sunday roast are;

Set yourself up for the day and experience a delicious Sunday Brunch in Clapham or Battersea before exploring the city.

Weather in London in Autumn

The months of autumn fall from September to November.

September in London is an absolutely gorgeous month. School holidays are over, and the weather is still warm enough for a light jacket in the evenings. Sometimes you can be lucky with the weather and encounter long lazy summer day-like temperatures, but by the end of September, the weather is cooling down.

What I love the most about September in London or really anywhere around this part of Europe are the evenings that still hold a little bit of summer. You can expect evenings that have light until around 8 pm in the evenings.

September in London is one of the trickier months to pack for. Some days you can get blisteringly warm days, others the temperature will drop dramatically and you’ll be scrabbling for your jeans and sweaters. Packing for a visit to London in autumn will require a mixture of a dash of summer and winter clothing.

October in London marks the very beginning of Autumn. While September is an ‘Autumn-y’ month, October is well and truly autumn incarnate. The weather has changed and the temperatures have dropped. You’ll experience darker evenings as the sun starts to dip earlier and earlier in the evenings. The long summer months are long behind us.

October in London means it’s time for boots, rain jackets, and light sweaters. Cafes and pubs take on the smell of wet dogs (which is oddly comforting) as people dry out indoors. The world begins to retreat indoors, with theaters, pubs, and restaurants packed full of customers.

November in London marks the beginning of early evenings, as the clocks go back. It also happens to be one of the wettest months in the year (I mean, it is London, so it rains pretty much all the time). November in London is one of the best times to visit before the winter season kicks off.

If visiting towards the end of November in London, you’ll witness the emergence of Christmas festivities with lights and shop windows changing to reflect the upcoming time of the year.

November in London is for visiting museums, with long days spent hopping between galleries and museums, and evenings in the theatre. Or visiting some of the Instagrammable Cafes in London.

The weather in London in autumn can guarantee rain. So it’s best when packing for London that you are prepared with some of the following items in your luggage.

London really is magically any time of the year, but there is a special part in a lot of people’s hearts for the cooler Autumnal months. There’s nothing quite like a London pub, reading the newspaper and enjoying a delicious meal before heading out into the elements. I hope you’ll enjoy your time in London in the autumn. Leave a comment down below and let me know which is your favorite season in London?